You have probably received a postcard from the City notifying you about a public hearing, or perhaps have read a news story about one. But chances are you have never been to one. And that is a problem. The process that shapes our city and decides where people can and can't live does not represent the people of Vancouver.

What is a public hearing? Every city in BC has a set of bylaws, known as zoning, controlling what can and cannot be built on every lot in the city. If you ever wondered why 75% of land in Vancouver has expensive detached houses, rather than more affordable apartments and condos, zoning is the answer. Under provincial law, every time a city wants to change zoning, called a rezoning, the city council has to hold a public hearing, for members of the public to have their say.

That may sound good in theory, but in practice it is an ineffective, inequitable and broken way of deciding important questions of who gets to build and live where.

When the Vancouver City Council is in session, Abundant Housing Vancouver will be providing a breakdown of important public hearings, housing related motions and other housing business.

Let City Council know you support more housing for a range of incomes by writing in support or requesting to speak.

Councillor Sarah Kirby-Yung is bringing a motion to council to direct the planning department to take steps to increase the number of corner stores throughout the city.

If you want to support the motion you can contact Council or request to speak (deadline to register to speak is 1 hour before the start of the meeting).

As part of the new Secured Rental Policy, city planning staff is proposing to allow up to six storey mixed use buildings, with rental housing in C-2 zones and requesting that Council refer these changes to a public hearing. 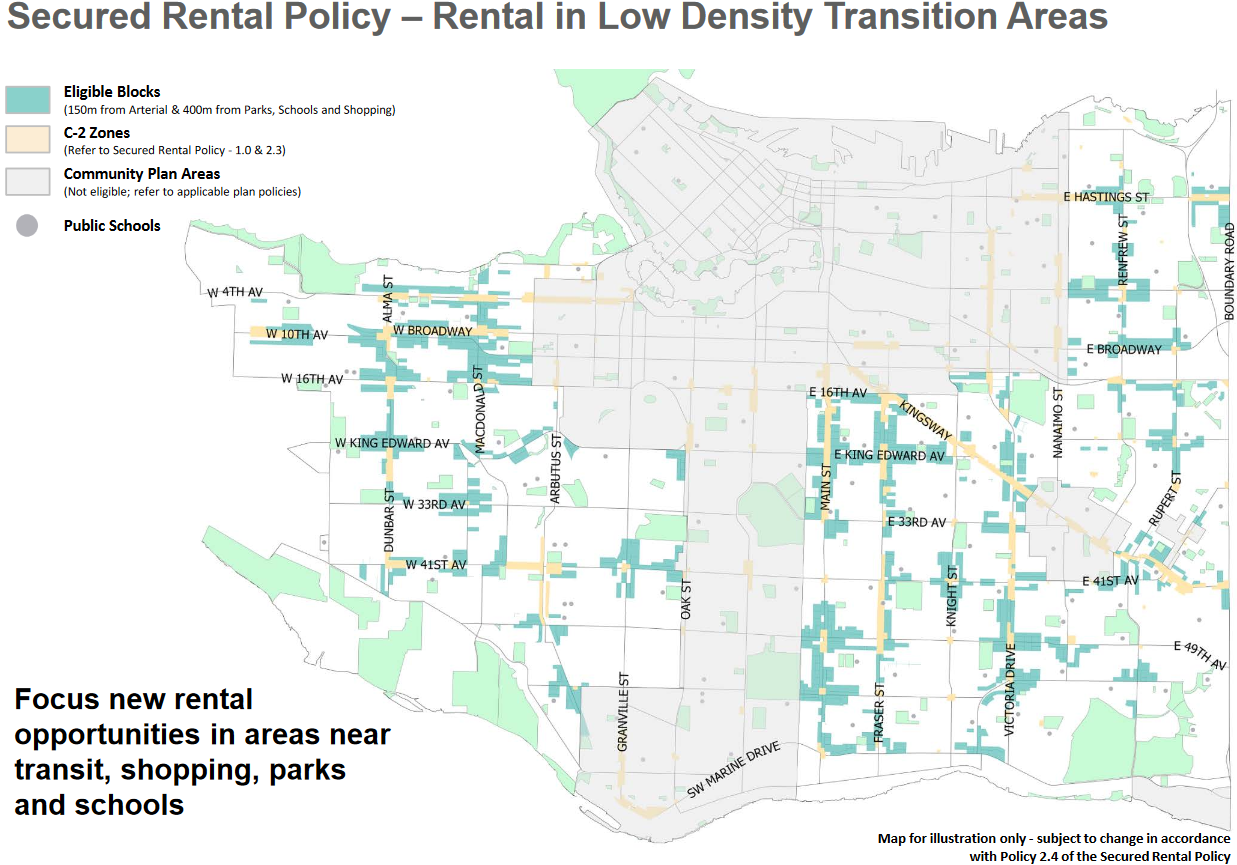