Ask a random person what the purpose of zoning is, and they’ll probably mention that it keeps unpleasant or dangerous things away from homes. You wouldn’t want to live next to a garbage dump or concrete factory, right?

Most people agree that that’s a good thing (myself included), but zoning codes often do a lot more than that. If you could ask the people who wrote our first zoning codes, you’d quickly learn that separating industry from homes was very far down their list of goals. Separating certain homes – specifically low-cost apartment homes – from other homes was much more important to the founding fathers of Vancouver planning.

Our story starts in the 1920s, with 3 municipalities where Vancouver lies today: The City of Vancouver, Point Grey, and South Vancouver. Point Grey encompassed not just modern-day Point Grey, but most of the West Side. Point Grey was the first municipality in Canada to introduce zoning in 1922. The chairman of the Point Grey Town Planning Commission was eager to boast of the zoning bylaw’s “successes,” specifically, how it excluded lower-cost housing:

Such by-laws as these served, in no uncertain way, to implement the ideals held by the residents that their municipality was to be one in which the best type of home could not only be built, but also adequately safeguarded from the encroachments of undesirable types of development. That the quality and type of dwelling within the municipality at the present time is of a very high order is indicated by the study of the "dwelling permits" over a five-year period. The average cost of residences over such a period, these "permits" show, was in excess of $4,100. At the present time over ninety per cent, of the municipality is zoned for one-family dwelling districts. Point Grey has no slum district. (A Plan for the City of Vancouver, p. 297)

By 1927, the City of Vancouver was seriously considering a zoning bylaw of their own. They had hired Harland Bartholomew, a prominent urban planning consultant, to devise a comprehensive plan for Vancouver. But these things take time, and time was in short supply. Well before Bartholomew could finish his official plan, Vancouver commissioned him to write a temporary bylaw to stop the most pressing danger to the city: apartment buildings. His instructions were unambiguous:

"When Bartholomew asked what abuses he should consider in the interim zoning by-law of 1927 he was preparing, the chairman replied that 'the only serious abuse… is the intrusion of undesirable apartment houses into residential districts'" (Zoning and the Single-Family Landscape, p. 60)

Bartholomew was happy to state the motivation for the interim bylaw in official documents:

…largely to prevent the intrusion of apartment houses in single or two-family residential areas, an interim zoning by-law was prepared and approved by the Town Planning Commission, recommended to the Council, and became law on 5th February, 1927. (A Plan for the City of Vancouver, p. 211)

Finally in 1930 the three municipalities had been amalgamated into one and Bartholomew’s official Plan for the City of Vancouver was released. Bartholomew’s plan was remarkably comprehensive, spanning 310 pages. Thankfully for us, many of those pages were used to describe the intent of the plan and not just the regulatory details. First, Town Planning Commision chairman Arthur Smith set the tone by praising Point Grey’s early bylaw, explicitly segregating Vancouver by class, and noting the retention of single-family homes as a major goal:

The wise foresight which Point Grey has used in planning at an early stage of its growth should provide Vancouver with one of the most desirable residential districts possessed by any city on the Continent, and those who have to gain their livelihood by manual labor should find in Hastings Townsite, and in a replanned South Vancouver, a place where they can build up modest homes which should differ only in size from that of the more opulent employers. The retention of Vancouver as a city of single family homes has always been close to the heart of those engaged in the preparation of this plan. (A Plan for the City of Vancouver, p. 26)

Bartholomew later clarified his preference for single-family homes in an appeal to authority:

As has been mentioned, Vancouver is largely a city of one-family homes and is surrounded by similar development in the adjoining municipalities. Large areas are now available for such development, though a considerable proportion has yet to be served by utilities. That the one-family dwelling is the desirable unit for happy living is the general concensus (sic) of opinion of all authorities. (A Plan for the City of Vancouver, p. 233-234)

Bartholomew was also keen to keep stores out of residential neighbourhoods, and made it clear that this was partially intended to prop up property values:

The scattering of stores promiscuously throughout residence districts has done considerable damage to the city's appearance. The nearly universal custom of building stores out to the street line has hurt the appearance of a good many residence streets and at the same time has injured adjoining lots by making them less desirable for living purposes and reducing their saleable value. The zoning by-law will remedy this condition and tend to prevent residence districts from becoming blighted. (A Plan for the City of Vancouver, p. 247)

The contrast with modern-day Vancouver is remarkable, given that neighbourhood stores built before Bartholomew’s Plan are now many neighbourhoods’ most cherished jewels. Who would prefer the East Side without the Marché St. George, or the West Side without Arbutus Coffee? Bartholomew sought to completely eradicate small-scale retailers and meeting places from residential neighbourhoods, without questioning whether people might want to live near such amenities. 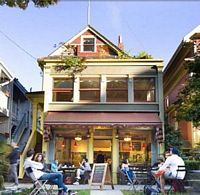 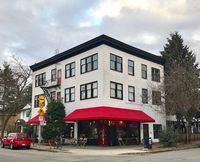 Neighbourhood stores might seem like a small nuisance at worst, but no: in a later report for the City of Vancouver, Bartholomew clarified his belief that apartments and stores were the “worst offenders” motivating his plan:

Had it not been for the widespread intrusion of commercial and industrial uses and the building of multiple dwellings in single-family residential districts just after World War I, the institution of Town Planning in Vancouver would have been delayed or retarded for several years. The encroachment of apartments and of retail stores, the latter almost always extending to the street line, were the worst offenders. (A Preliminary Report upon Zoning, p. 1)

If only Bartholomew had stopped there. Even though apartments and stores were his focus, the plan is littered with other “menaces” that he intended to keep out of Vancouver. Unfortunately, some of those are now recognized as aspects of Vancouver’s best pre-zoning urbanism.

The minimum dimensions for lots shall be forty (40) feet for width and one hundred and twenty (120) feet for depth, and in no case shall a rectangular or irregular shaped lot contain less than forty-eight hundred (4800) square feet. The custom of laying out 25-foot lots is productive of building conditions which are not a credit to the city. (A Plan for the City of Vancouver, p. 276)

Small residential lots were to be shunned, because they might attract the kind of builder who couldn’t afford a bigger lot. Nowadays, that sort of affordability is more appreciated and many people enjoy the fine-grained urbanism that small lots bring to neighbourhoods. Fortunately, Vancouver’s Strathcona neighbourhood was developed with narrow lots before Bartholomew’s ideas were adopted: 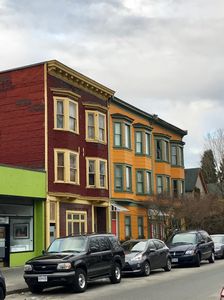 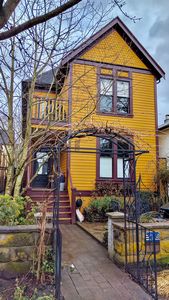 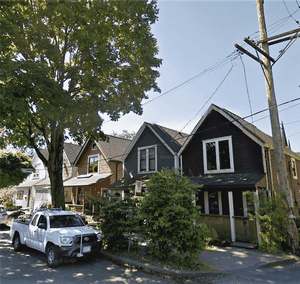 Bartholomew’s plan also mandated very large yards for residential buildings. Previously, many buildings were built fairly close to the sidewalk – but now houses and low-rise apartment buildings were required to have a front yard 20 feet deep. This might seem like a small change but its effects cannot be understated. Many low-rise buildings from before this rule take up much less land per household – and many later buildings are saddled with incredibly underused yards. 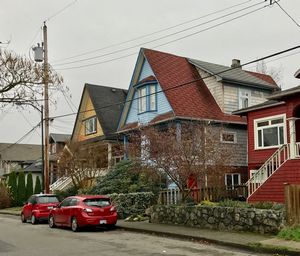 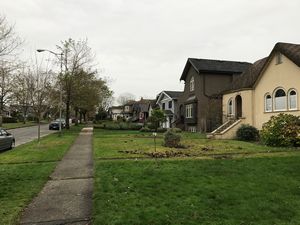 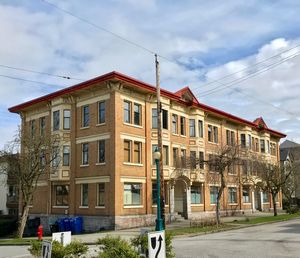 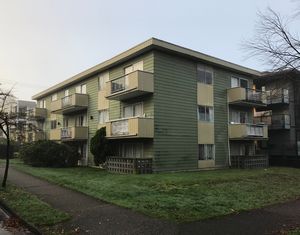 Bartholomew’s plan was not adopted in full, but the aspects mentioned above were. Even though it was written nearly 90 years ago, its outline is still clearly visible in Vancouver’s modern zoning code. Some change has occurred and mostly for the better: the “single-family” zones have been revised and now permit one basement suite and a (very small) laneway house in addition to the main suite. But that “Great House Reserve” still takes up the vast majority of our residential land, still forbids apartment buildings and townhouses, and its boundaries still remain mostly unchanged: 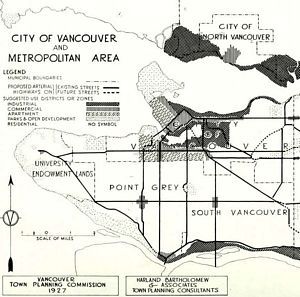 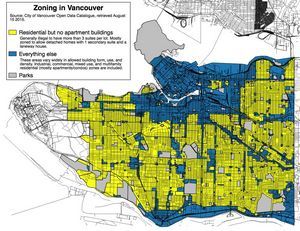 Vancouver’s formative urban plan could be more accurately described as a suburban plan, designed by a man with a profoundly anti-urban bias. It would be laughable if we weren’t still living in its shadow.

A Plan for the City of Vancouver including Point Grey and South Vancouver. Harland Bartholomew and Associates, 1930

Zoning and the single-family landscape: large new houses and neighbourhood change in Vancouver. Barbara A. Pettit, 1993