The City’s proposal for updated zoning in rich, low density neighbourhoods falls short of meeting the scale of our housing problems. While the proposal represents a small improvement in RS ("one-family") and RT ("two-family") zones, it fails to address a leading cause of Vancouver's exclusionary, unaffordable housing: an unjustifiable emphasis on preserving single family houses and the status quo which restricts the vast bulk of the city to systematically unaffordable homes. Single family house prices increased by 300%, so we need solutions that fit the scale of that problem. Instead, this plan continues the current practice of unfairly forcing the city's renters into basements or along polluted arterial roads.

Changes for the RS (single family) neighbourhoods appear to be limited to 12,000 pre-1940 ‘character houses’. This leaves out the majority of single-family zoned lots, where newer houses are often demolished to be replaced by somewhat larger houses. Zoning should instead permit these houses to be replaced with more systematically affordable apartments, townhomes, co-ops, and social housing.

The City suggests that their proposal may yield several thousand new homes over the next decade. Assuming that is the case, this translates to mere hundreds of units per year spread across an area that makes up the vast majority of Vancouver’s residential land. If ‘character house’ renovations happen at the same rate as laneway house construction (a change that affected tens of thousands more houses), then the proposal will add even fewer homes than the City suggests.

Changes proposed for RT zones in Mount Pleasant and Grandview-Woodland are also unimpressive. Increasing the number of homes allowed per lot to three brings these zones only up to the current unit count allowed on similar single-family lots. These are neighbourhoods with great access to jobs, schools, transit and amenities - areas primed to accept multi-family housing like low-rise apartments.

Overall, this proposal continues to reserve virtually all of Vancouver for the most expensive housing, and it is difficult to see how the proposal targets the 30%-of-income ‘right supply’ that the City claims to address. Coach or laneway houses can cost upwards of $400 per square foot to build (twice as much as a concrete highrise) without even considering the cost of land, and the proposals for strata conversions are being restricted to only the 12,000 houses judged to have pre-1940 character merit. This represents a huge missed opportunity to focus on creating secure, purpose-built rental units, and continues to consign renters to living on polluted arterials and renting from amateur landlords. 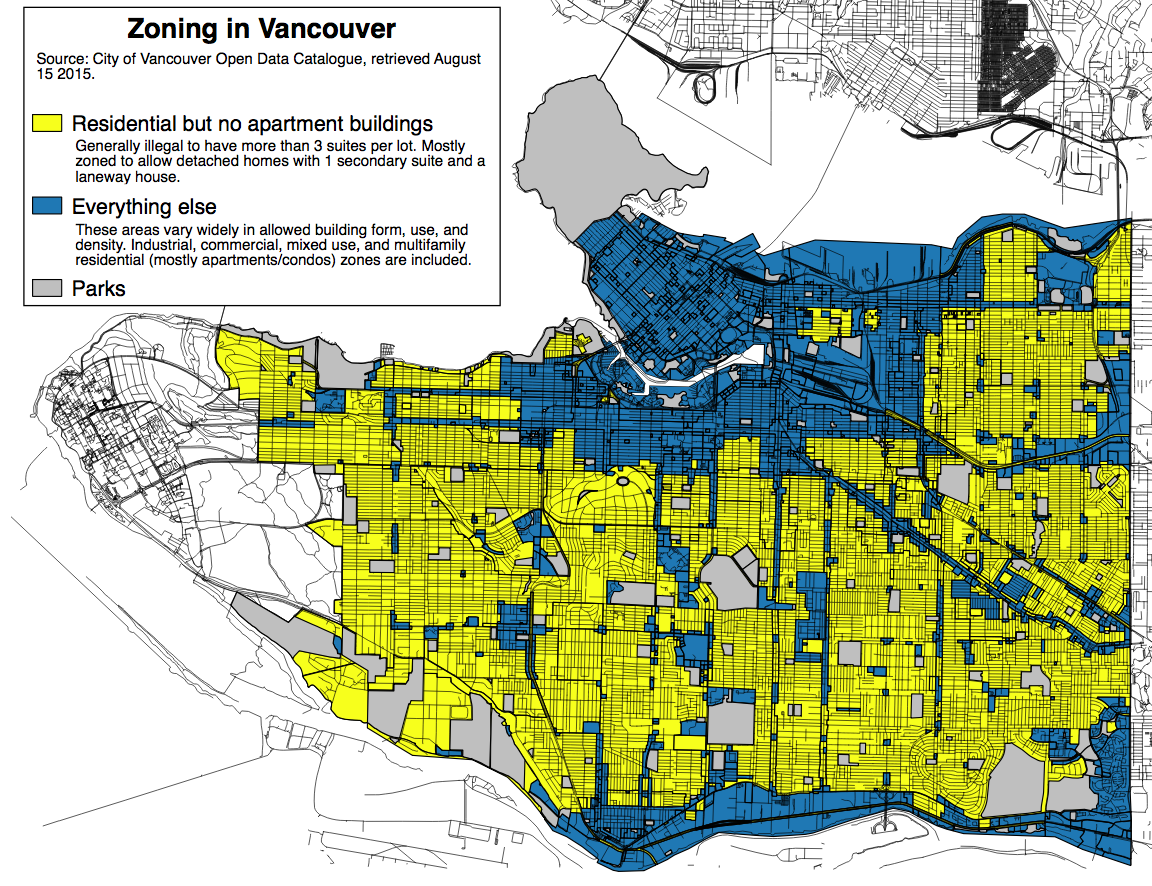 A solid and effective plan for using today’s low-density zones to tackle the city’s housing crisis and building ‘the right supply’ is one that stops banning more affordable housing forms such as apartments, townhomes, social housing, and co-ops in the vast majority of Vancouver. As part of this proposal, we'd hope City staff evaluated more inclusive housing forms such as low-rise apartments in these single-family areas. To that end, we're eager to learn why the City concluded that only an incremental increase to Vancouver's housing is needed right now.

Abundant Housing Vancouver will be putting forward our own plan for Vancouver’s single-family zones in the coming months.

The press release from the Mayor's Office can be found here.